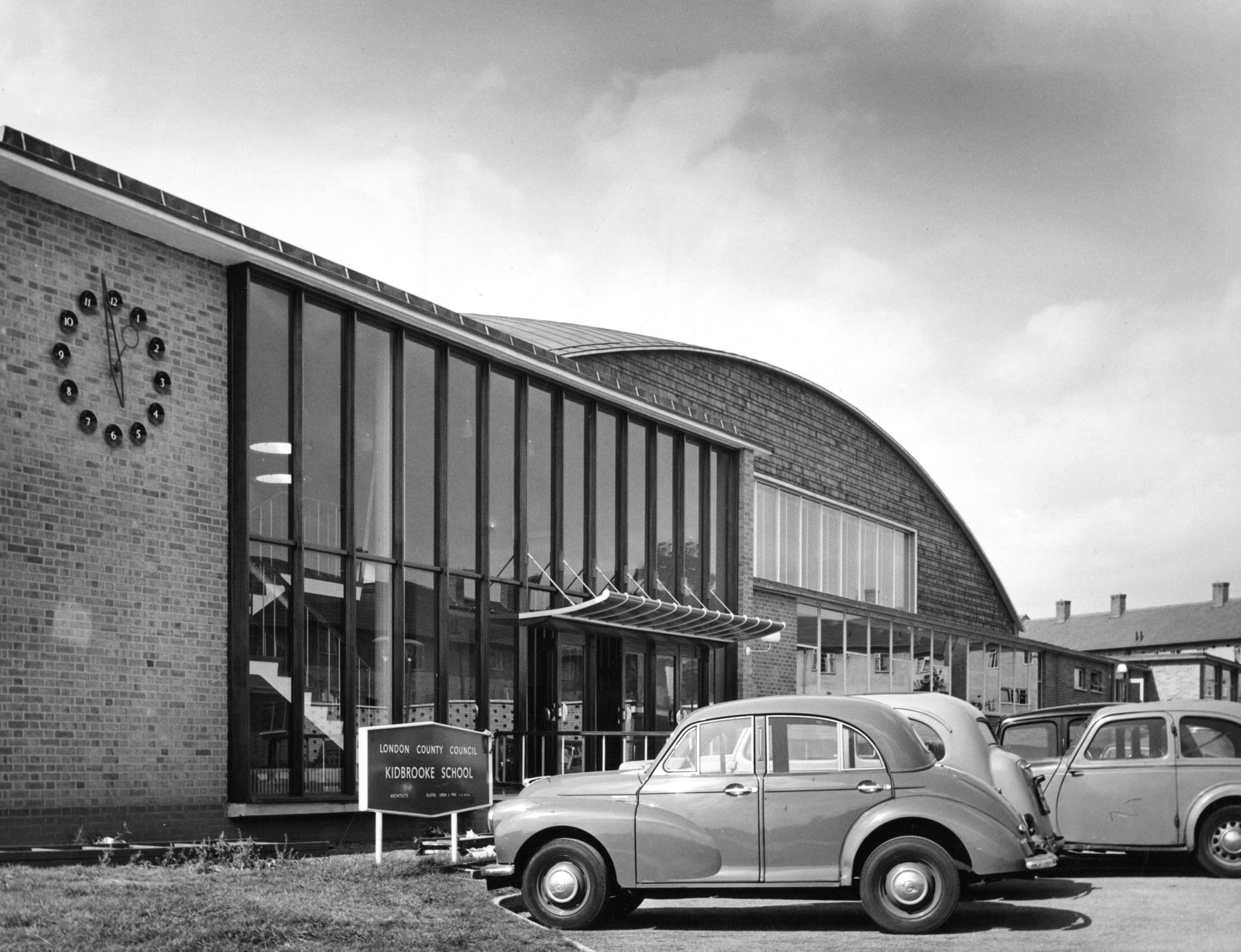 Our school has the distinction of being Britain’s first purpose-built comprehensive school.

Opened to international acclaim in 1954, its architecture reflected the British feeling of recovery and optimism in the aftermath of World War II. Originally an all-girls’ school, Kidbrooke Comprehensive School for Girls, it was officially opened on 15th June 1955 by Countess Mountbatten of Burma.

The school was built on the site of a former aerodrome by London County Council for “the children of the heroes of the Second World War”, with the school colours of blue and grey based on the uniform of the Royal Air Force.

The school buildings were originally planned in 1949 and subsequently redesigned (by architect Charles Pike of architects Slater, Uren and Pike) in 1951 to meet spending cuts.

Because it was built during a time of post-war austerity the architects were challenged to produce enough teaching accommodation with a drastically-reduced budget. To do this, they employed clever planning by limiting circulation space between classrooms, designing dual-use spaces and restricting the level of the buildings to a maximum of three storeys.

Two noteworthy features of the school were:

The founding Headteacher for 19 years, Dame Mary Green, was determined to ensure that all the pupils in her charge fulfilled their potential. She was allegedly “so proud”of the fact that the local people called her pupils ‘Smarties’, thinking it was a reflection on their intelligence. In fact, her pupils knew the nickname came from the bright berets they had to wear outside school – a different colour for each of the eight houses!

From 1982 Kidbrooke started admitting boys to become co-educational, in order to compete with the other mixed comprehensives in the area. It changed its name from Kidbrooke School to Corelli College Co-operative Academy when it became an academy in September 2011.  In March 2018 the school joined the Leigh Academies Trust and became The Halley Academy.

One of the main ground floor corridors, showing the Main Hall with its domed roof through the windows.

Manage Cookie Consent
We have put some small files on your device called cookies. These files make our site work properly.

Please let us know if you agree to all of these cookies.
Manage options Manage services Manage vendors Read more about these purposes
View preferences
{title} {title} {title}